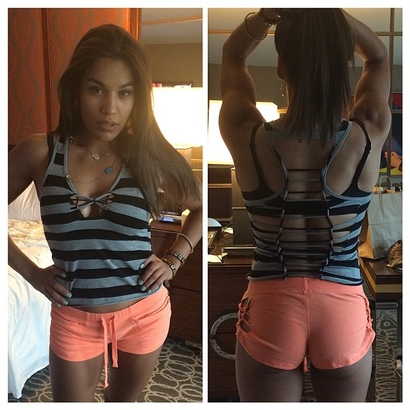 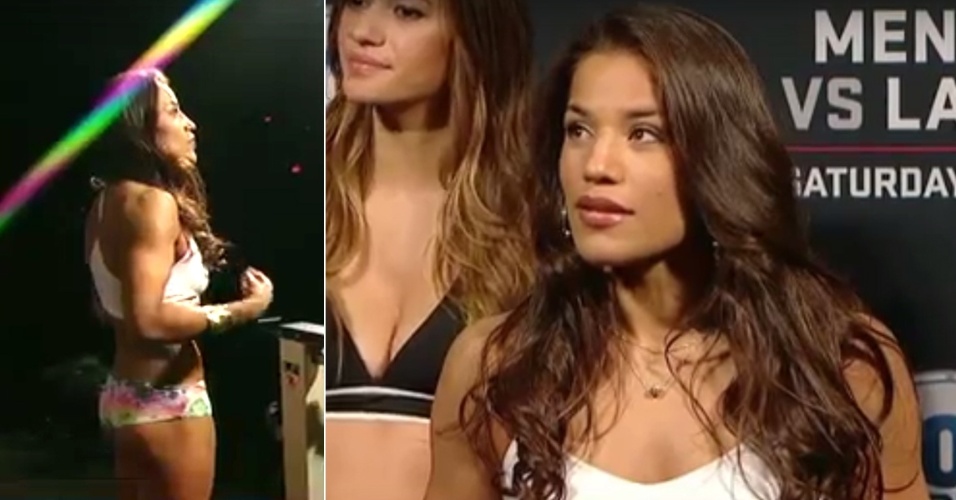 Julianna Peña (born August 19, 1989) is an American mixed martial artist who competes in the Ultimate Fighting Championship. She is the first woman to win The Ultimate Fighter. As of March 23, 2015, she is #13 in official UFC women's bantamweight rankings. Julianna is the younger sister of former KREM 2 reporter and morning/noon meteorologist Grace Peña.[2]

Mixed martial arts career
Early career
Peña made her professional MMA debut in May 2009. She won four consecutive fights but suffered her first defeat in April 2012 to future fellow The Ultimate Fighter 18cast member Sarah Moras in a 140-pound catchweight bout. The fight took place just two months and one week after Peña was involved in an accident with a drunk driver while walking in downtown Spokane in which she was knocked unconscious and suffered a broken nose. Ten months later she returned to professional competition in a fight in the flyweight division, a move down from the bantamweight division, losing by unanimous decision.

Peña faced Gina Mazany in the elimination fight to get into the house. She controlled the fight from early on, winning a clear unanimous decision victory after two rounds.

During the first tournament fight in the house, Peña faced veteran and top-ten ranked Shayna Baszler. Ronda Rousey selected this match up between the two first female picks. The highly ranked and more experienced Baszler was widely considered the favorite. After a back and forth first round in which Peña landed effective boxing combinations and escaped several of Baszler's submission attempts, Peña came out hard in the second round, connecting with powerful knee strikes that staggered Baszler. The fight went to the ground, where Peña was able to achieve back mount and won via rear naked choke for perhaps the biggest upset victory of the season.

In the semifinals, Peña faced off against Sarah Moras. The two fought previously in a professional bout in 2012, with Peña losing after suffering an injury due to an armbar which forced the doctor to stop the bout between the second and third rounds. Peña won the fight via guillotine choke in the second round to avenge the loss.

Ultimate Fighting Championship
Peña faced Jessica Rakoczy in the finals on November 30, 2013 at The Ultimate Fighter 18 Finale. She won the bout via TKO in the final seconds of the first round

Injury
Peña was expected to face Jessica Andrade at UFC 171 on March 15, 2014. However, Peña pulled out of the bout after suffering an injury to her right knee. She suffered the injury while grappling in training, ultimately damaging, among other aspects, her ACL, MCL, LCL and meniscus. Despite the severity of the injury, doctors have assured Peña that her right knee will return to full strength following surgery and rehabilitation.The injury kept Peña out of action for the rest of 2014.

Film and television
Peña was featured in the award-winning mixed martial arts documentary Fight Life, the film is directed by James Z. Feng and released in 2013.